Home Technology E-Waste Is Destroying Our Ecosystems And Ourselves 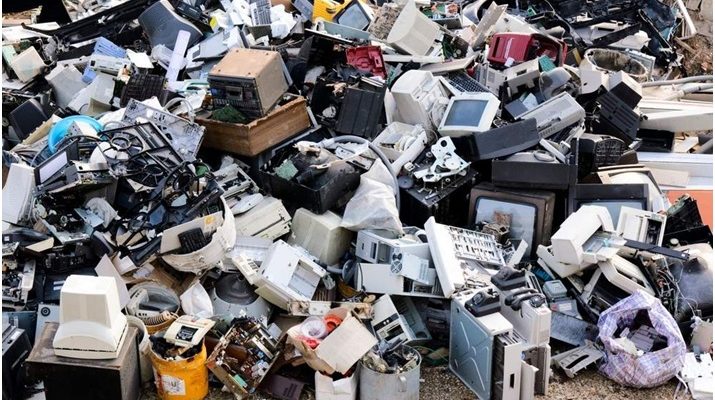 E-Waste Is Destroying Our Ecosystems And Ourselves

Michael MooreOct 28, 2018TechnologyComments Off on E-Waste Is Destroying Our Ecosystems And Ourselves

We’ve all heard by now that e-waste is a serious problem. The speed of technology innovation combined with our massive consumer culture that discards devices before their usefulness has ended, equates to unbelievable amounts of items being dumped into landfills, often in developing nations.

People are also afraid to throw away their personal devices, like phones, laptops, and tablets, for the fear of identity theft. However, these items are still e-waste, even if they’re hiding in your closet. They can contain valuable resources that could be used again.

It’s dangerous to throw electronics away because when they start to degrade, toxic chemicals like lead, cadmium, beryllium, and other flame retardants leech into the ground and water table. Parts are sold and shipped to developing nations that don’t have heavy laws or restrictions on burning garbage, so these materials are also set ablaze, releasing toxic clouds that poison the surrounding population over time.

So, it’s dangerous for the earth and for ourselves to not take proper care!

The facts about e-waste are staggering. America is the worst offender for e-waste overall, with 9.4 million tons of electronics thrown away each year.Only 12.5{69d371dc3a7215af1cf70e657e96c7414241106804c5daaddb02eee3606ab22c} of e-waste is recycled. Though fridges and washing machines are large and take up a lot of space, what is perhaps a more serious problem is our personal devices like smartphones. Back in 2010, the EPA estimated 152 million phones were thrown away that year. An unknown number of out-of-use or obsolete phones and laptops are sitting in back offices and hall closets.

Identity theft is a real fear that is incredibly stressful and difficult to rectify. The consequences from having one’s identity stolen can last for several years in terms of credit, problems completing taxes and applications, and restoring reputation online. As a consequence, we’ve become increasingly fearful of disposing of electronics, even recycling them. A guaranteed safe way for businesses and individuals to do so is to have certified professionals destroy your devices and then recycle them for you.

And while you’ve got an appointment, though paper doesn’t leech chemicals into the environment, you should protect important documents with document shredding as well. A company like Absolute Destruction & Recycling that is AAA-NAID certified can take care of both jobs for you, on-site, with their mobile shredding services.

What good does recycling do? The EPA says that one million laptops recycled saves the amount of electricity used by 3,657 homes in one year. Recycling one million cellphones salvages 35,274 pounds of copper, 775 pounds of silver, 75 pounds of gold, and 33 pounds of palladium. Let’s not forget the value of using our devices for as long as possible, too. The amount of non-renewable energy used to produce new electronic products is: 530 pounds of fossil fuel, 48 pounds of chemicals, and 1.5 tons of water to make a single computer and monitor!

We may not see the damage our consumption and quick discarding of phones, laptops, and TVs does to the earth, and to the health of the people living on it, but it’s stunning. It’s easy to do your part by getting the most use you can out of your technology and safely recycling it when they no longer work.

TAGe-waste Ecosystems
Previous PostThe price is right: the best DTH at Rs 219 Next PostUtilize The Holiday Season With These Amazing SMM Tips

Before You Decommission Your Data Center