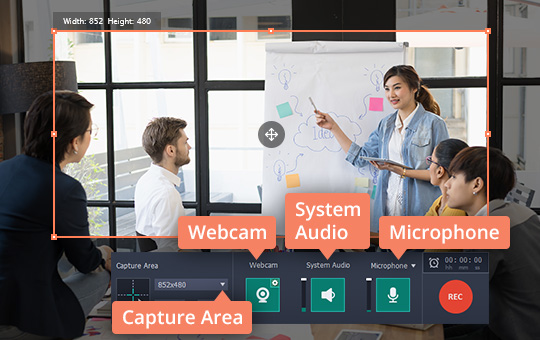 Just like any video, the quality of the videos that you capture using screen recording will be based on several factors. However as similar, as some of those factors may be too conventional videos, they are different as well.

If you understand the factors that impact the screen recording video quality better, you can make improvements to it:

The resolution is an important factor in any video as it affects how clear the video looks and its definition. In screen recording, the video resolution will equal the resolution of the frame that you record from your screen.

As you’re probably aware the aspect ratio is based on the resolution, but it is an important factor in its own right. If the aspect ratio of the video is not the same as the screen or window it is being viewed in, it will be displayed in a ‘letterbox’, with black bars on its sides.

If a video has a higher frame rate it will look smoother. The movement in the video will look much more fluid, and closer to what you see on your screen.

Although in general 30 frames per second is considered to be a good frame rate, it would be better to increase it to 60. The refresh rate of most modern monitors is 60Hz, and so a frame rate of 60 will look closer to what you see on your screen while recording the video. 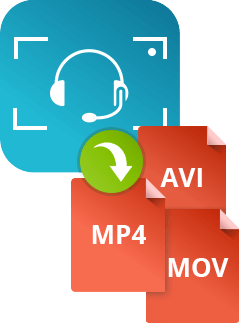 The audio quality of screen recording videos is an important factor, but only if you are recording audio from an external device (such as a microphone). If you are only recording the system audio (i.e. audio from your speakers), the quality should be good.

The settings that you use to encode your video can affect its quality. As a rule, all videos should be encoded in the same resolution and frame rate that they are recorded in, and at a bitrate high enough to avoid compression artifacts.

The next time you use screen recording for any reason you should try optimizing the factors listed above. For example, if you use Movavi Screen Recorder to record Google Hangout you should try to record it in full screen, at a higher frame rate, and while taking steps to improve the microphone audio quality.

The same applies to other screen recording videos as well. In fact, now that you understand each factor and its impact on the video quality, you should have no trouble figuring out what improvements need to be made.