Home Technology Do you need Robots in Your Automotive Industry? 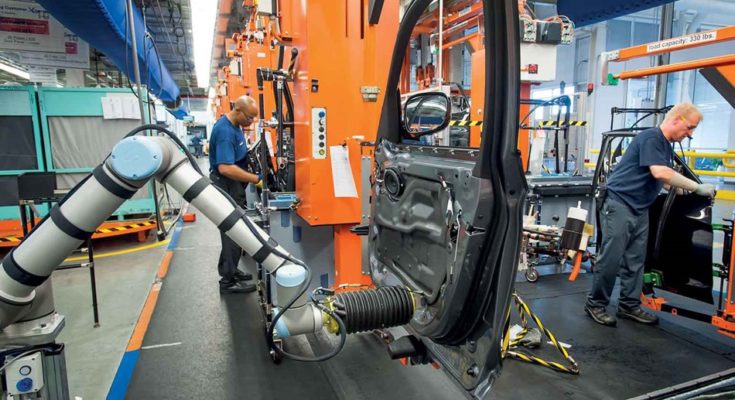 Do you need Robots in Your Automotive Industry?

Michael MooreMar 22, 2019TechnologyComments Off on Do you need Robots in Your Automotive Industry?

The automotive industry is an industry that deals in the assembly, design manufacturing and selling of motor vehicles.  This industry has over the years, gained a lot of popularity and as a result, stiff competition has emerged among the rival companies.

Some companies have therefore resorted to the incorporation of robots in their works to give them a cutting edge over their competition. This leaves behind one question, are these robots really effective and are they worth it? This article is aimed at showing you some of the benefits of robots in your automotive industry.

What can robots do?

For a car to be complete, it has to undergo numerous welds. Such a task is easily carried out by the welding robots which are able to weld even the toughest spots where humans would easily miss. The robots also carry out this task in a short time allowing more vehicles to be produced. This results in a high-quality vehicle and thus benefits the company.

Painting a car’s body can be very tedious and toxic work and requires a professional to do the work. These professionals are however hard to find and thus the need for a robot. Robots are very efficient and consistent while painting this body. They are also not affected by the toxic chemicals used in the paint and thus are ideal for the job. Moreover, the robots are quite effective thus increasing your rate of production and therefore profits.

In as much as robots are efficient, production of cars still needs human input to finish the vehicle. Some of this works are however hard and requires a certain degree of accuracy to manage. Companies such as Universal Robots have come up with Robots arms which come in handy in such situations. This is because with these arms, the worker is able to finish the assembly easily and can-do screw driving much faster reaching even the tricky parts of the engine. Labelling is also made easier by the use of these arms and thus very effective.

Do your customers complain that your vehicles produce an irritating noise caused by the wind? With the new robotic arms fitted with a camera and a laser, the robots are able to get feedback on the state of the location where a certain part is to be installed. This allows the robot to install the part precisely and thus reducing most of the errors caused by faulty installation.

Manufacturing of vehicles may involve dangerous activities such as material such as pouring molten material and transferring metal stamps. These activities are perfect for robots which are still productive under such a harsh environment. The robots are also very consistent and reliable in repetitive works hence suitable for works such as trimming plastic moldings and cutting of fabrics.

Benefits of having robots:

Due to their efficiency and reliability, robots have proved to increased the rate of production of the vehicles and reduced the costs incurred in paying many human workers for work that can be done by a few robots.

Some of the working environments in automotive industry are a risk to human health and may thus lead to numerous lawsuits against the company. Robots are able to work in such environments and thus allowing people to work in a more conducive environment thus improving their efficiency and saves the company of many cases.

Robotics has proved to be a key factor in the world of automotive if you would want to improve your grounds in the market. It is therefore almost a necessity to incorporate them in your production for better quality products. Therefore, in my opinion, you need robots in your automotive industry.